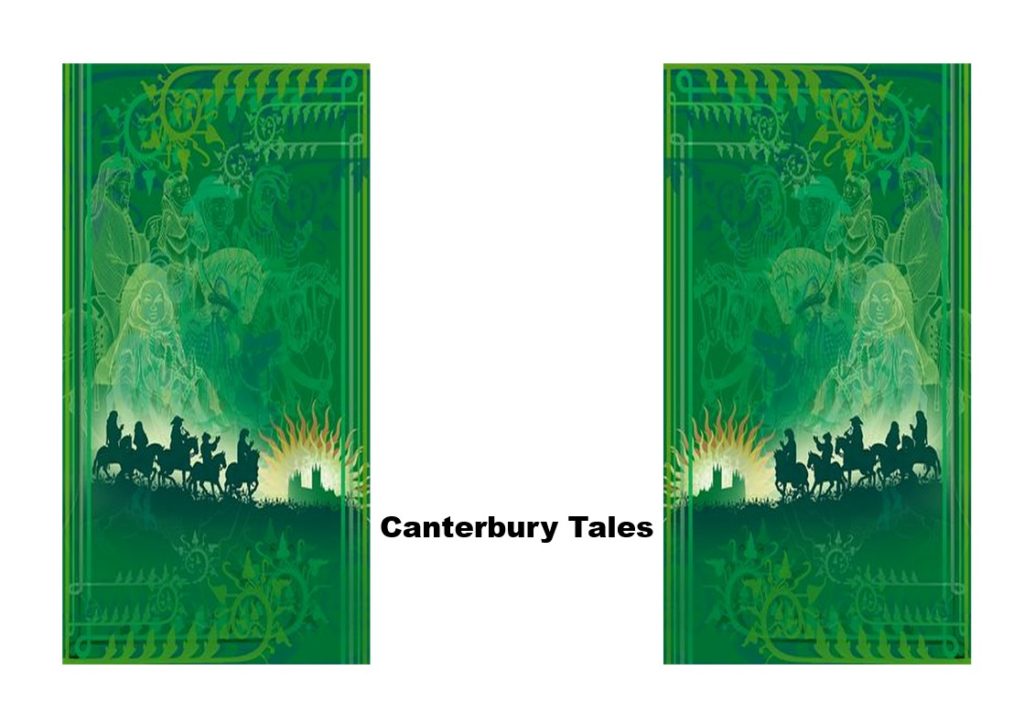 We are delighted to announce that we have now committed to our Autumn 2019 production, which will be staged in the week ending 9 November at the Williams Hall (Village Hall) in Stoke St Gregory.

Chaucer’s “Canterbury Tales” is a lively mixture of bawdy humour and sharp satire, getting to the heart of everyday life in mediaeval England. We are hugely fortunate to have been offered a new adaptation by writer Nick Warburton, a script which was recently used in “The Archers” on BBC Radio 4 and has not been performed on stage, so this is a really exciting project.

SGP is run by a small committee of volunteers and we are glad to welcome Mike Linham once again as our director for this production. We now need also to recruit a team of performers, backstage crew and other helpers. In particular we’d love to welcome new young members to experience the buzz of putting on a live show.

The script itself can be performed with just eight actors, but that involves considerable doubling of roles. Happily, it could alternatively offer the opportunity of numerous small parts to those with less experience, or less time to spare. Live music may also feature. Of course, offering to take part does also involve a real commitment over several months.

To see if you are interested, you are welcome to attend an open reading at the Village Hall on Thursday 23 May at 7.30.

Casting will then take place at and after auditions on Sunday 23 June (2-5pm) at the same venue – but don’t worry if you wont be free on that day.

Rehearsals will commence briefly on 18 July, but there will then be a break in view of school/summer holidays with the main rehearsals being regularly through September and October.

More to follow!
Neil Morgan / St Gregory Players
We can be contacted via saintgregoryplayers@gmail.com