The results of the survey have been reviewed and collated and were presented at the PC meeting this month. It is true to say that we are disappointed that only around 25% of households responded to the survey. For an issue which has generated considerable discussion, it can only be interpreted that it does not figure in people’s priorities given all the other current challenges. However, we do believe we have sufficient data to draw valid conclusions. In analysing the results, we only counted contributions that were positive indications of support, rather than neutral or negative comments . We also removed comments that are covered by existing budgets.

The conclusions that can be drawn from this data are as follows: 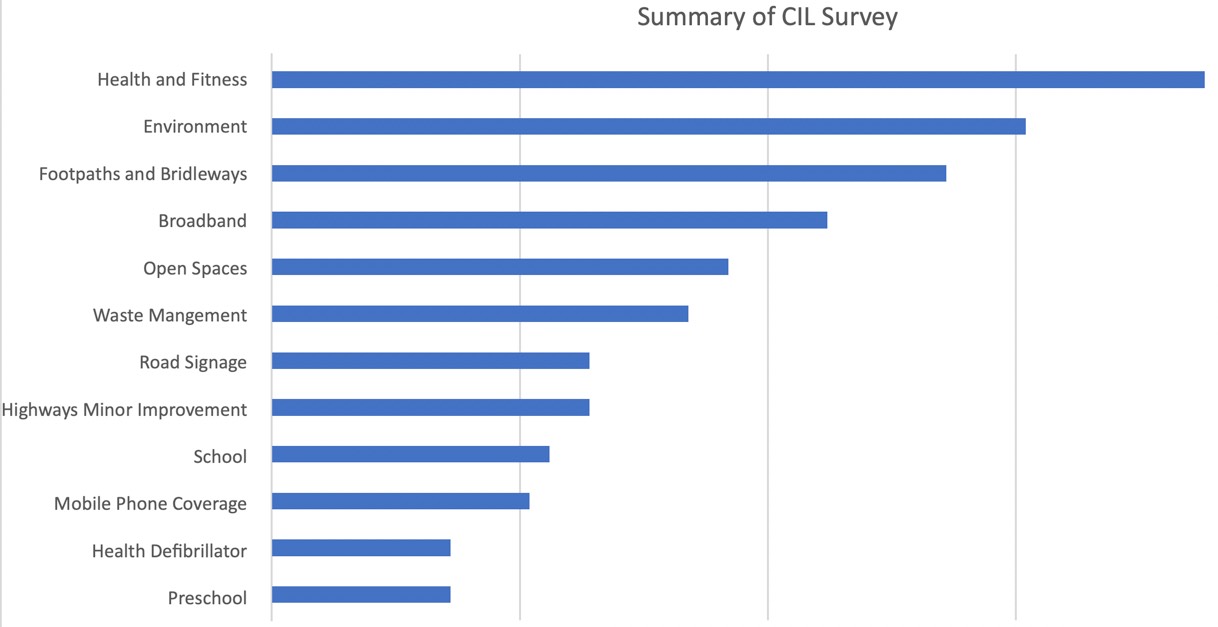